What Berne Convention means for Cambodian Creators after Accession

As per Cambodia’s existing copyright law (Law on Copyrights and Related Rights 2003), Cambodian creators have been enjoying the automatic protection and registration of their works under the relevant authority on a voluntary basis. Recently, the government of Cambodia has taken another major step forward by ratifying the oldest international copyright convention, the “Berne Convention”. In doing so, it will broaden the protection of Cambodian creations greatly.

The Berne Convention (formally known as the International Convention for the Protection of Literary and Artistic Works) was signed in Berne, the capital of Switzerland, on 9 September 1886 and was later modified several times. Cambodia has become the latest member of the convention following its ratification by the National Assembly on 2 July 2020. The Berne Convention sets out fundamental provisions for the protection of works and the rights of the creators (authors, musicians, poets, painters etc.). The convention accomplishes its protection of literary and artistic works via three basic principles and minimum standards of protection provisions.

Under the first basic principle, Cambodian nationals and permanent residents residing in Cambodia shall benefit from the same protection for their creations from contracting parties and vice versa (principle of national treatment). Previously, foreign works were required to be published in Cambodia within 30 days after their first publication abroad to get protection in Cambodia. In addition, under the second basic principle of automatic protection, compliance with formalities is no longer a condition to being granted protection. The protection resulting from the national treatment principle will be automatically applied without any formality conditions. This remarkably simplifies formality procedures and the process of obtaining protection is as quick as it has ever been. Furthermore, the convention provides that the length of protection shall follow the prescribed timeframe of the country of origin, in accordance with the third principle called independence of protection. This establishes term limits to only the term allowed under country of origin even though longer term is recognised at certain contracting parties’ countries based on local legislations. In addition, creators are also given many exclusive rights over their work, including but not limited to, the right to translate, perform in public, make adaptations and arrangement etc. However, creators should be aware that there are certain exceptions to their exclusive rights where the third parties are entitled to use creator’s work, and bear no responsibility to compensate to the creators provided that such uses do not constitute any normal exploitation and damage to legitimate interests of the creators. The conditions and provisions regarding such uses of the third parties will be a matter of country legislation.

More importantly, Cambodia, as a developing country, avails itself of the special provisions for developing countries, which authorises the country to grant compulsory licenses for the translation and reproduction of a protected work. The aforementioned authorisations are limited to non-commercial purposes such as teaching, scholarship or research. Notwithstanding such provisions, certain conditions shall apply and procedures to grant the said license shall be a matter to be determined by national legislation.

Subsequently, Cambodian creators are now legally recognised regarding the international protections as the Kingdom of Cambodia has acceded to the Berne Convention based on fundamental and special provisions to developing countries under the Convention. However, it should be stressed that the Convention requires local legislation of contracting countries to take charge of creating and enacting certain conditions and procedures in order to take advantage of the authorisations. To date, Cambodia has not made any official announcement regarding any local law or regulation to ensure the provisions and authorisations permitted under the Berne Convention take place. It currently leaves many questions unanswered, especially on how the nationals are required to undertake to enjoy the rights and allowances under this Convention as the legislation process undeniably will take some time to catch up.

We hope this article has been informative and useful to you. If you have any questions or require any additional information please contact Khieu Mealy at or Chhim Leakena of SokSiphana&associates (a member of ZICO Law). 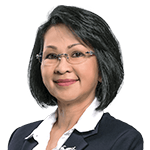 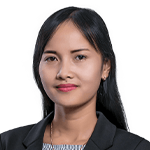 Minimum Wage for 2023 has been announced