Cambodia trade preferences under the RCEP Trade in Goods 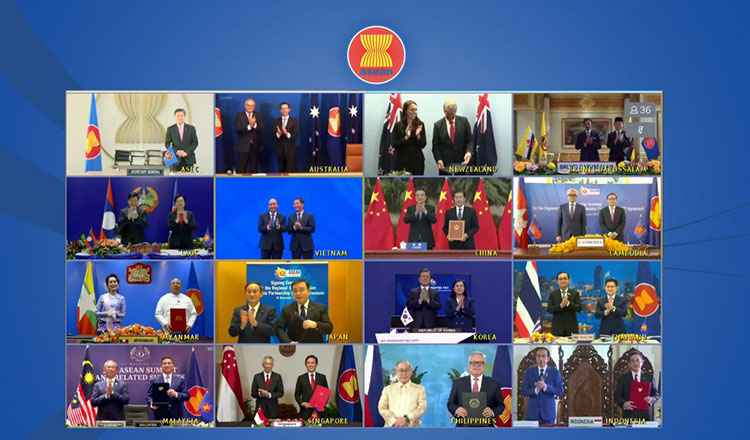 This is the third article on the Regional Comprehensive Economic Partnership Agreement (RCEP), part of a series of articles covering its economic, trade and investment impacts on Cambodia.

This article covers the legal aspects of the Trade in Goods. The provisions on Trade in Goods and related chapters (Chapters 2 to 7) reaffirm existing rights and obligations under the relevant WTO Agreements.

As early as 2005 ASEAN had entered into over a hundred bilateral and regional FTAs, partly in response to the failure of the WTO to push for deeper global trade liberalisation.

However, growth in intra-ASEAN trade has remained stagnant, accounting for only a quarter of the total global trade of the ASEAN Member States (AMS), hampered to a great extent by rising non-tariff barriers (NTBs).

The other factors explaining the slow progress of intra-ASEAN trade is the diversity and different levels of development of the AMS: not only their economies are not complementary but sometimes there is even competition in certain areas, such as garments, footwear, agricultural production or light manufacturing.

As to trade relations with ASEAN Dialogue Partners, the process started with the three East Asian neighbors: China, Japan and the Republic of Korea, giving birth to the coining of the word “ASEAN Plus 3”.

Other Dialogue Partners joined in later, including Australia, New Zealand and India. All these FTAs have led to a confusing “noodle bowl” of free trade pacts that are all focused on the freer movement of goods and services.

With RCEP, ASEAN consolidated the “noodle bowl” of FTAs and brought to closure the confusion of the rules of origin which have preoccupied exporters for the last two decades or so.

For many companies, the chapter on the trade in goods will likely be the most impactful chapter of the entire RCEP Agreement. It contains key elements governing the implementation of goods-related commitments to achieve greater trade liberalisation among the Parties.

It includes granting national treatment to the goods of the other parties, reduction or elimination of customs duties, duty-free temporary admission of goods, customs valuation, and goods in transit.

Goods to be brought into a customs territory of each Party shall be conditionally relieved, totally or partially, from payment of import duties and taxes, if such goods: are brought into its customs territory for a specific purpose; are intended for re-exportation within a specific period; and have not undergone any change, except normal depreciation and wastage due to the use made of them.

The RCEP will reduce or eliminate import tariffs on most industrial products, encompassing about 92% of all products across multiple key tariff classification codes.

This will be implemented progressively over the next 20 years in accordance with each Party’s Schedule of Tariff Commitments.

Some tariffs are abolished immediately upon the date of entry into force of the Agreement, while others will be eliminated gradually according to phase-out schedules stretching over as long as a 20 years period.

From an economic perspective, the overall impact of RCEP could be moderate and spread over time and will not necessarily usher in major changes in the existing economic structure of ASEAN and its individual AMS.

Initially, RCEP will have a relatively minor impact on trade flows in the near term for the reason that tariffs and quotas will be eliminated in only 65 per cent of goods traded within RCEP.

With as many 86 per cent to 90 per cent categories of goods covered by RCEP already qualify for tariff elimination under existing ASEAN FTAs with Dialogue Partners, RCEP will improve market access but not necessarily imply large tariff reductions for all parties.

It is quite clear that China, Japan and the Republic of Korea will benefit more than other parties, as RCEP mainly consolidates and updates existing FTAs between the ASEAN and its partners.

The tariff reductions between these three countries are more significant, although their schedules will be introduced gradually.

Given their commitments, RCEP is expected to facilitate the transformation of the regional value chain especially as these three countries and ASEAN countries have a high level of intraindustry trade, mainly in the electronics sector.

For other goods like garments, textiles, toys, machinery and plastics, manufacturers looking to diversify their operations outside China can do so with RCEP’s regional rules of origin reflecting modern production processes and streamlined trade logistics arrangements  become easier.

Regional cumulation rules will facilitate inputs from the most efficient and cost-effective regional source, while supporting access to preferential tariff treatment.

Using regional distribution hubs, movement of goods in the region from ASEAN to China, Japan and the Republic of Korea and vice versa will be facilitated.

In short, even if incremental direct trade benefits under RCEP are minimal, when combined with expansion of investments, the advantageous rules of origin and ASEAN trade links, its economic impact is not as subdued as some analysts would have predicted.

Contact Dr. Sok Siphana if you have any inquiries.

Cambodia trade preferences under the RCEP Trade in Services

Annual Quota and Work Permits for 2022

Law on Competition enacted in Cambodia

What Cambodia can expect from RCEP E-Commerce?

Contact us
© 2022 ZICO Law. All rights reserved.
SokSiphana&associates is one of the most prominent law firms in Cambodia, with offices in Phnom Penh and Siem Reap. The firm joined the ZICO Law Network in 2012, a network of leading law firms with offices across all 10 ASEAN member countries.
This site is best viewed in Google Chrome.
OK